QU: Kenzie Lancaster (From Melissa Samoskevich and Raquel Pennoyer) at 15:43 in the second.

Samoskevich came up the left side and passed it across to Lancaster who waited alone on the right side of the net. She patiently collected it. The Brown goaltender committed and Lancaster flicked it over her.

QU: Melissa Samoskevich (Unassisted) at 17:44 in the second.

Samoskevich led a break into the zone, and despite being shadowed by a Brown defender she maneuvered to take a shot and beat the keeper. 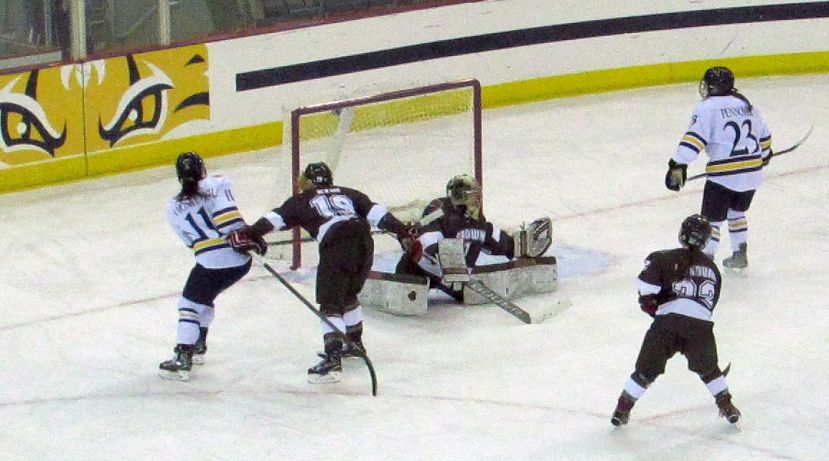 BR: Bridget Carey (From Kaitijane Blumberg) at 18:30 in the second.

Carey broke in through the QU defense and used stickhandling to maneuver herself around the QU netminder’s save attempt.

Both goaltenders made critical saves in the game. Isaac’s performance, especially early on kept Quinnipiac off the board for awhile before the stalemate broke in the second. Ives was also challenged and dealt with all but one situation. Ives has been in net for four straight games and performed well in all of them.

These are plays that are noticed during game play. They are not exhaustive. A lot are missed. It‘s just what is seen. Read any of these as “at least” rather than “total”.Rather than write these out I am providing the raw notes. (A scoring chance doesn’t necessarily generate a shot. I only list the same scoring chance once in a player’s section.)

Key: (If you see one of these letters under a column it means the following.) 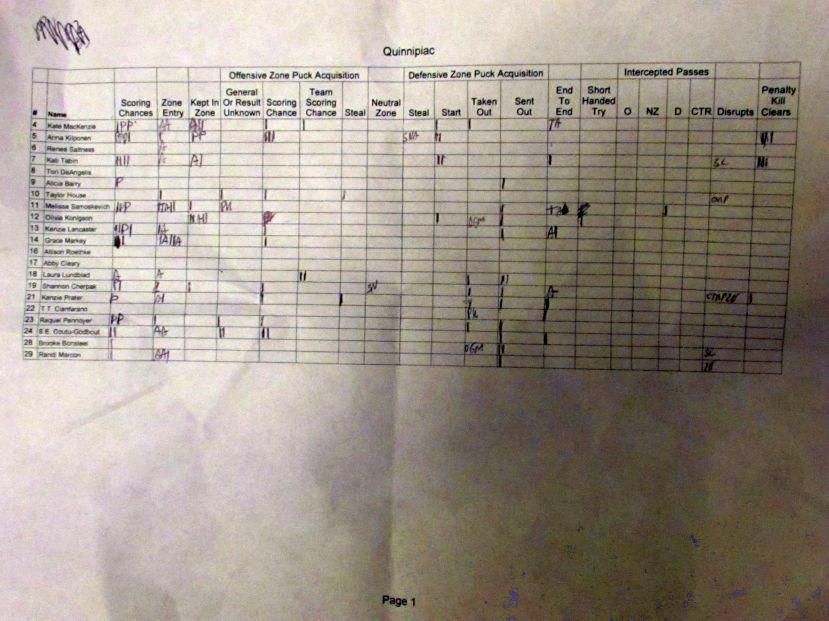 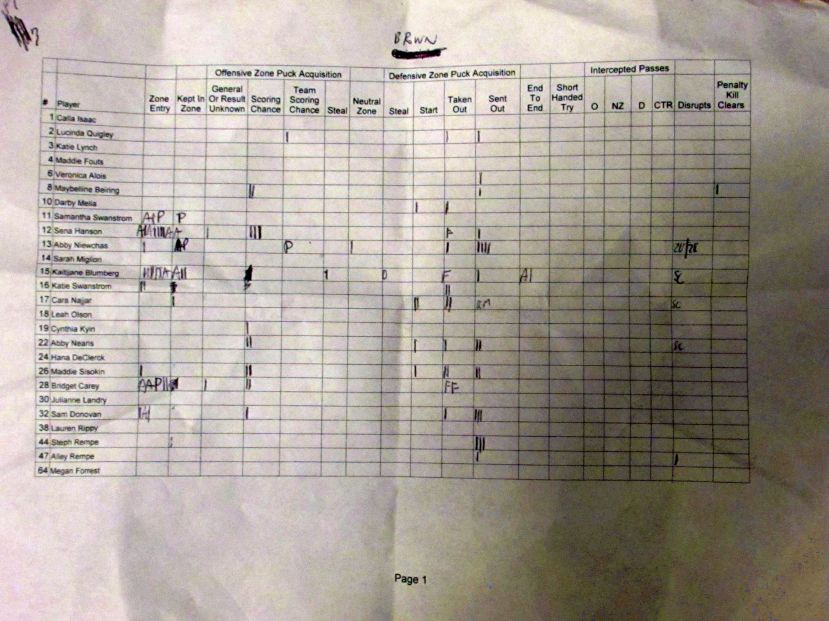