Kate Kohl put the Camels up 1-0 in the first at 2:21 with the eventual game winner. Mairi Anthony scored at 4:44 in the second assisted by Erin Dillon to extend the lead.

In the third, Anthony would score again. This time, Katlyn Paiva skated around the back of the net to WS netminder Maggie Salmon’s right. She tried a wraparound but was rebuffed. However Anthony lurked at the other side of the net to put home the rebound at 5:02.

The Camels struck again at 9:36 while on the power play. Ashley Carbone launched a shot from the point, the puck ended up on Erin Dillon’s stick right in front and with a slick spin move she slid it past Salmon. Olivia Good also had an assist from the setup. 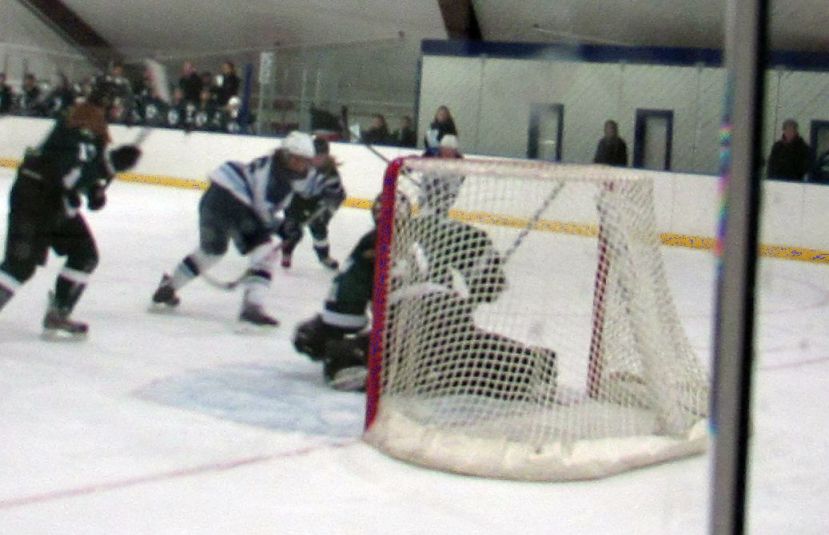 Connecticut College really contained William’s Smith opportunities, keeping possession for long periods and also pelting the net with shot after shot. It was a very uneven game, as William Smith did get some opportunities off some mistakes, but generally the Camels were regrouping for another attack up ice. William Smith also dug themselves into a hole in the third with two successive penalties, nearly surviving a 5 on 3, but Dillon eventually made them pay for it. The Camels also kept the puck within the opposing zone often preventing the zone clears that the Herons needed.

Dillon led Connecticut College with 6 shots, Lily Connolly and Kate Kohl had 5 each, as Paiva, Lauren Helm, Elena Gualtieri, and Jordan Cross had 4 each. Gina Scibetta led William Smith with 3 shots, Stephanie Hampton and Jules Kennedy had 2 each.

Ellie Branka had 2 of Connecticut College’s 5 blocks. Caitlyn Wilkin, Erin Healy, and Olivia Good had 1 each.

Laura Rollins blocked 6 shots for William Smith, Mulligan had 3, Catherine Linehan, and Krista Federow had 2 and several other players had 1 each. Salmon would end the game with 39 saves before being relieved by Emily Spencer who made 2.

Connecticut College rises to 6-2-1 and faces NESCAC foe Trinity at the end of the week. William Smith drops to 7-2-2 as the Camels delivered their first defeats of the year not allowing a single goal in the two games.

Editor’s Note: Was at the game for only the last 30 minutes due to other responsibilities, but feel the coverage still is reflective of game play.