CAMBRIDGE, MA- In a fast paced game the visiting Buffalo Beauts defeating The Boston Pride in overtime Sunday afternoon at Harvard. The two teams have gone at it resulting in 3-3 after regulation, but in the waning moments of period 3 a Pride penalty gave the Beauts an advantage entering sudden death. They used it to full extent setting up a Megan Bozek slapper from deep to take the 4-3 win.

“It wasn’t sitting well the last time we played [The Pride]. They beat us by one goal. We were just focusing on finishing and getting the pucks to the net. I think we just had a little bit more hunger,” Harrison Browne of the Beauts said after the game. [Note, Browne’s name was changed at a later date in this report to reflect his chosen name.]

Buffalo was called for the first penalty of the game about 7 minutes in. Devon Skeats went off putting the Beauts on the penalty kill. This however would end up in the Beauts favor as Kelly McDonald, Kourtney Kunichika, and Browne broke out and into the Pride zone. The puck came to Kunichika who got it to the Browne who scored it past Ott. McDonald and Pfalzer came up with assists on the play.

Boston would respond during a possession in the Buffalo end. Jordan Smelker raced from the bench for fresh legs but arrived just in time to receive a centering pass, allowing her to skate through traffic and beat goalie Amanda Makela.

The Pride struck again quickly arriving in the opposing zone. Marissa Gedman launched a shot from the point which Hilary Knight deflected past the keeper for a 2-1 lead.

Browne would tie the game back up on a delayed penalty. With Makela on the bench and six skaters out the puck was passed around until it came to number 24 who defeated Ott to tie things at 2-2. The teams would end the period with no further score in a game which found Makela facing a ton of shots.

In the third frame, the Beauts started getting more shots on net compared to a relative few in the first two periods. The Pride continued their furious attempts as well.

The team was talking about how every shot they did got a nice rebound. “So we were just saying just get the puck to the net, don’t try anything cute. Just grind it out, and go in there and we can put some dirty goals home,” Browne explained post game.

Brianna Decker took the lead back for the pride going top shelf on the Beauts goaltender about five minutes into the third. Knight had fed her as she skated in and she had the angle and the distance she needed.

The Beauts would respond though five minutes later as a player got it across to Browne who was skating in from Ott’s right. He then sent it on to Skeats who was right in front. The keeper made the first save but Skeats quickly knocked the rebound in.

With overtime at hand, the teams switched to a 4 on 4 format, which meant the Pride now down a skate would only have 3 players on the ice. The Beauts set up the passing lanes around the defenders and moved it quickly. Megan Duggan and Emily Pfalzer both touched it on it’s way over to Bozek for the game winner.

“It was awesome. We’ve come so close. So many one goal games, so many losses in like shootouts, overtime whatever. It was such a relief to pull it over, yeah [Bozek] had a nice shot,” Browne said.

Ott made 20 saves on 24 shots. Makela made 39 saves on 42 shots. Both made critical saves on the day against the potent offenses they were facing throughout the game.

“I had a pretty good game, but my team played really good in front of me, blocking shots, making sure I could see the puck, clearing players in front of the net. They made my job really easy,” Makela said.

“It’s a new year, clean slate. We’re undefeated in 2016, so that’s awesome. We’re really pumped. It’s a long time coming. We’re just really excited,” Browne said. “We didn’t have the start we wanted to,” Makela added. “So we’ve been practicing hard trying to get some more wins under our belts. This is a really good start. I think it’ll give us a little more confidence and we’ll keep growing from here.”

“We’re not a team to take lightly. Our record is pretty bad. All our games except 2 or 3 we’ve lost by one goal. We’re a team to be reckoned with and we’re ready to play,” Browne responded when asked what message this win sends to the league.

Post game pressers (With Kat Hemming of Stanley Cup of Chowder, Meg Linehan, Kyle Wescott and Luis Sanchez of MyWSports.com, and myself.)

Other observations. (A non comprehensive list of some of the other plays that made up the game.) 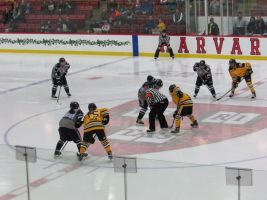 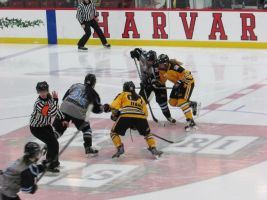 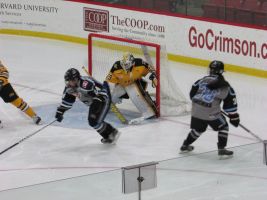 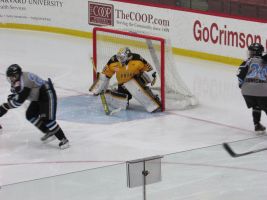 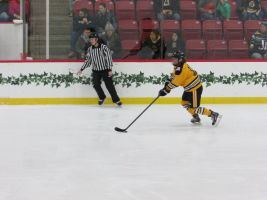 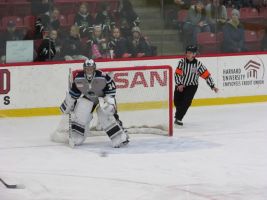 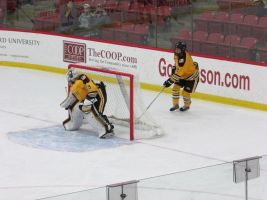 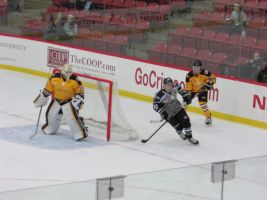 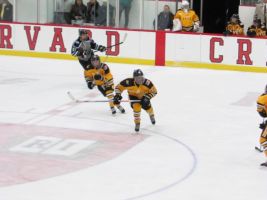 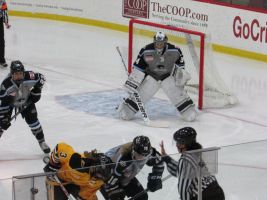 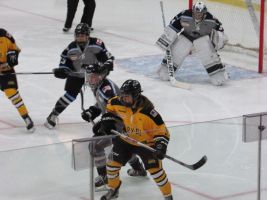 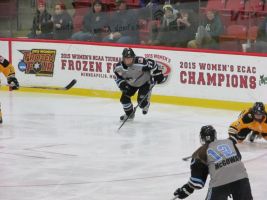 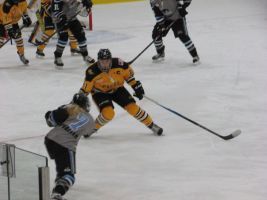 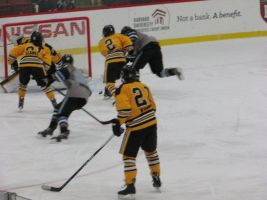 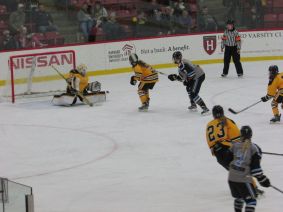 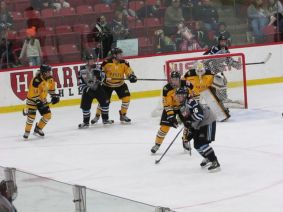 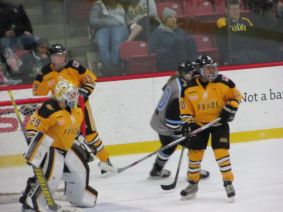 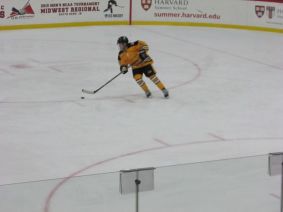 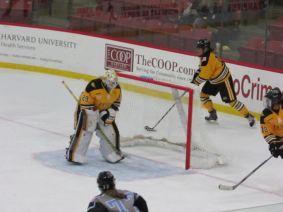 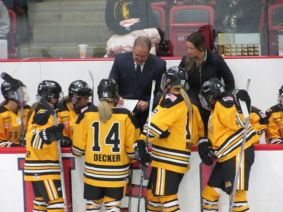